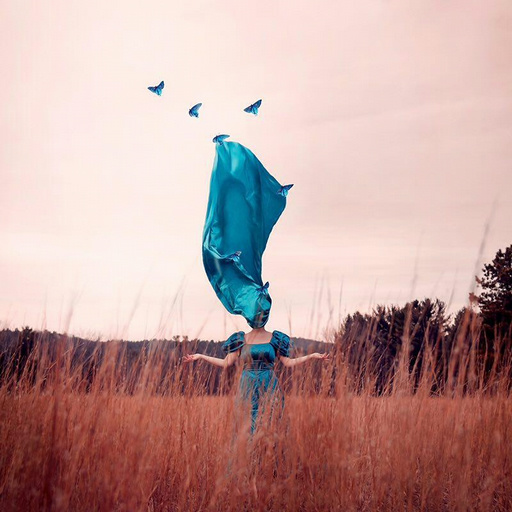 It’s two weeks into February, and so far, I’ve only done one shoot. The editing will come later.

We’re just over a month into the year, and so far, I’ve only created 6 pieces.

I started beating myself up for it, feeling sorry for myself, and questioning whether or not I can really call myself a creative. Do I just like the term creative, without actually having anything to offer?

Do I really live a creative life? Do I really allow creativity to saturate every part of my being?

There are legitimate and not-so-legitimate reasons to not create, but it’s important that we’re honest with ourselves about what’s standing in our way.

Am I where I want to be as an artist? Not even close. But that’s okay.

It isn’t about creating the one perfect image, about the number of followers, or about churning out X number of pieces a year; it’s the process and the journey to get there.

My husband and I were talking about how we define success. Through that conversation, I realized that it doesn’t matter to me how popular my creations get. It wouldn’t matter if I created something that resonated with thousands of people and sold for millions; if I didn’t feel a connection to it, then I would be a failure as an artist.

We create our own standards. No one else can do that for us. And, for me, creating has always been a way to process life, myself, and the world around me. It isn’t about how many pieces I create, or how many people they reach. Those are all good things, by my vision of success is about connecting with the work I’m creating, regardless of how many others do too.

You could say it’s selfish—and perhaps it is—but isn’t art one of the most personal things we can do? Doesn’t it have the potential to be the purest and most genuine expression of who we are?

If we lose that, then what’s the point?

I may not be successful in the traditional sense of the word, and that’s okay with me. It was never about status or money. Those things might be nice to have, but they aren’t worth losing the artistic aspect of creating.

I shot this image at the beginning of the year, just a few days in. I know there’s something strange about wearing a bridesmaid’s dress in a graveyard to take photos of yourself, but it’s moments like this that make me feel alive.

I don’t ever want to lose that.

And so, if these creative moments require patience, bearing with the process rather than focusing on the end product, and a focus and emphasis on the journey rather than the destination, then it’s okay that I haven’t created more this year.

And I wouldn’t give up the authenticity of creating just to say I’m keeping up with artificial numbers.