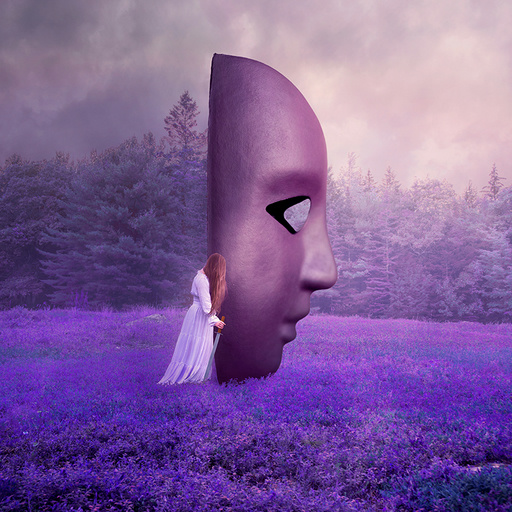 Two and a half years ago I set out to shoot a new series, titled: The Mask. It was autumn 2019 and I'd been preparing for a while. I'd had the idea for the series earlier in the year, did my first test shoot that summer, collected materials I needed, and traveled six hours for the perfect location.

Only the whole shoot failed.

I didn't shoot things right to expand my frame. The dress didn't fit the concept the way I thought it would. The props I had didn't work out. The lighting wasn't always great (too many sunny days). I didn't get a lot of the shots I needed, and those I did, just didn't work.

Over 20 images were planned. And I still hope to complete this series someday.

I needed to shoot in Autumn, that's when the blueberry fields are red. So, I thought I'd try again the following year.

Then Covid hit and masks took on a whole new meaning.

It felt like I had both missed my opportunity, and that it wasn't the right time yet.

Perhaps this year will be the year I try again. And, it also might not be. I'm currently in the middle of collecting what I need for a few other series ideas. These ones are my current focus.

But my failed attempt at shooting The Mask wasn't wasted.

Not every idea will come together the way, or in the timing, we expect it to. Not every shoot will go according to plan. And not every attempt at creating will result in a finished creation. But that doesn't mean it's for nothing.

Failure can teach us so much more than success does.

Don't be afraid to fail.