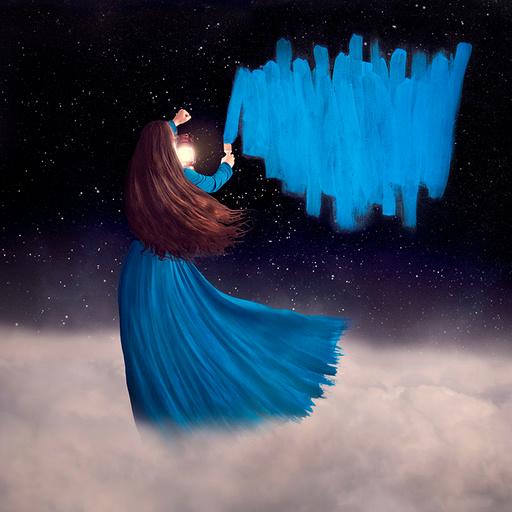 In her dreams she rises above the world and creates her own borne out of who God created her to be.

How many pieces are lost to the clutches of time? Thrown away before completion, simply because we weren’t willing to wait?

Unfinished pieces don’t lack worth, value, or potential. They aren’t inherently less than the pieces that have been completed. Sometimes they just lack the time they needed to be brought to life.

Are we willing to be patient with the process?

I started to work on this piece in October of 2018 and just finished it this past week.

This past September, I began shooting a series I’d originally had the idea for and started planning in March. I still haven’t completed a single image from the series, and I might have to reshoot, which means waiting another season or two for my locations to grow. That’s okay.

We wrestle with the process, but that wrestling refines us and our work. Sometimes an idea just needs time to breathe, and, when we’re willing to be patient in the spaces between the initial idea and the final creation, those ideas can be cultivated and grow beyond what they could have had we rushed them.

I’ll soon share the process of creating this image on my blog. Sign up to have it sent straight to your email.