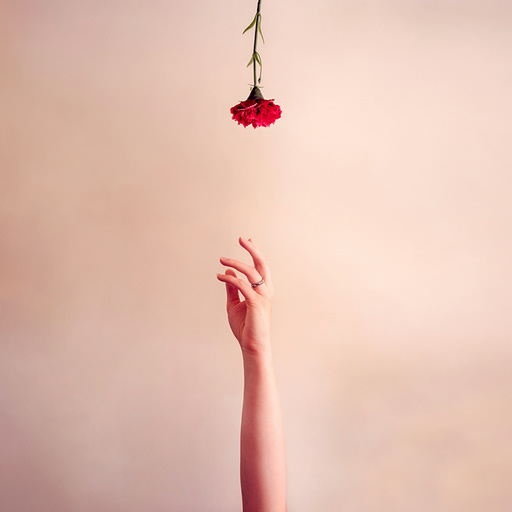 Sharing some of my failures to show that not everything will be great, most things can be improved by making some adjustments, and it's always worth creating even if the result isn't what you'd imagined.

I created this after my cat died.

It was made for myself and not necessarily intended to share, but there are some things I would do differently even for that.

The light on the flower and the arm don't match. It's overall too red, and the lighting feels harsh despite being shot indoors in at least partially diffused light. It could be improved by a reshoot. And if I were to do that, I'd probably also use a different color flower so there's some color contrast in the image.

I do like the minimalism and simplicity of the composition, and it was a callback to an old image I'd done about depression.